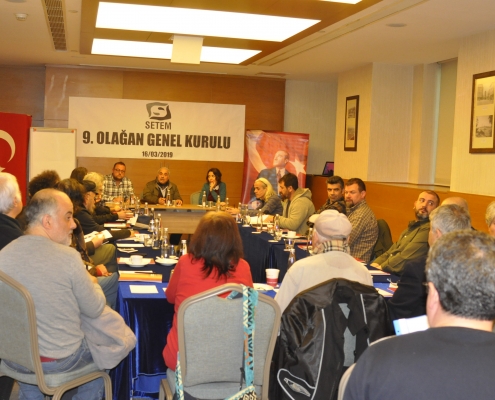 International Silk Road Film Awards, organized by BAK Academy Association and with the participation of SETEM (Association of Film Directors, Writers and Composers) were given a start.

According to the statement of the festival’s director Mehmet Güleryüz; during previous years hundreds of documentaries, animations and short films participated at the domestic section of the competition. Totally 2043 films participated to International Silk Route Film Awards from many countries such as Azerbaijan, Chine, Egypt, Georgia, India, Iraq, Italy, Kazakhstan, Kyrgyzstan, Syria, Turkiye, Uzbekistan…

Every year BAK Academy gives a “Labour Award” to a doyen filmmaker.

Till this year; Ertunç Şenkal, Tolgay Ziyal and Hüsamettin Ünlüoğlu are among the names who received “Labour Award”. Besides, as 2018 is the 100th anniversary of the Turkish Cinema, award of honour has been given to Vedat Türkali, Ertem Göreç, Safa Önal, Mehmet Dinler, Ülkü Erakalın, Aram Gülyüz, Necip Sarıcı, Yılmaz Atadeniz, Memduh Ün and Duygu Sağıroğlu.

Name of the doyen filmmaker who will receive this year’s “Labour Award” will be announced in the coming days.

We hope that our historical and cultural ties with the Silk Road countries will be further developed with this film competition, Mr. Güleryüz said.

The Jury’s Special Prize will be awarded to one of the participating films without requirement of passing pre-selection.

Detailed information can be obtained from www.setemakademi.com

www.filmfreeway.com . National applications can also be submitted at the same address.